Magnolia Pictures announced Monday that it acquired the rights to Boon Joon-Ho’s “Mother,” a film that debuted at the Cannes Film Festival earlier this year. 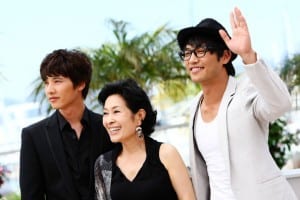 Truly jumping on the Joon-Ho bandwagon, Magnolia also bought the rights to Bong’s 2000 film “Barking Dogs Never Bite.” The company also said he had success in 2007 with Bong’s “The Host.”

“Mother” is a thriller about a mother’s primal love for her son, Magnolia says. It stars Kim Hye-ja, as a mother who throws her body and soul into proving the innocence of her son who she believes to be wrongly accused of murder.

The film was the Korean selection for this year’s Academy Award for Best Foreign Language Film.

Magnolia plans to put “Mother” in theaters early next year.