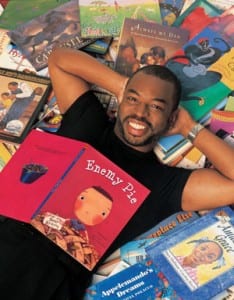 Nostalgic 20-somethings will lament, and future children will truly be missing out. PBS’s “Reading Rainbow” is coming to an end after 26 years due to a lack of funds.

“Reading Rainbow” stars LeVar Burton — of “Roots” and “Star Trek: The Next Generation” fame — and won 26 Emmys. It is the third longest-running children’s show in the history of Public Television, behind “Sesame Street” and “Mr. Rogers’ Neighborhood.” John Grant, head of content at PBS, told National Public radio that the show needed several hundred thousand dollars to continue, and no one was willing to pay.

He also said, “the series resonates with so many people, ” and that the show doesn’t just teach kids how to read, it teaches them “why to read.”

According to NPR, “Grant says the funding crunch is partially to blame, but the decision to end Reading Rainbow can also be traced to a shift in the philosophy of educational television programming. The change started with the Department of Education under the Bush administration, he explains, which wanted to see a much heavier focus on the basic tools of reading — like phonics and spelling.”

A PBS official confirmed this change of philosophy in a report, saying the concern went from “how do we get kids interested?” to phonics.