Electronic Arts today released the first round of DLC for the award-winning Fight Night Round 4, naming new and altered fighters as the goods to be had in the “Boxer Pack.”

Which born-for-blood, smash-facers did EA select? None other than the famed fighters Oscar De La Hoya, Vitali and Wladimir Klitschko, and alternate versions of George Foreman and James Toney. 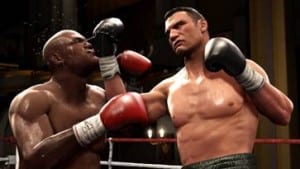 What’s more is the long-awaited control mechanic overhaul has finally arrived as well via a free game update which now, thankfully, adds face button controls to your arsenal of badassery.

Both the Boxer Pack and the title update are available in the Xbox Live Marketplace and the PlayStation Store right now. Enjoy destroying faces!