Xbox 360 maker Microsoft today announced that a $100 price drop for the high-end, 120GB “Elite” model will be in effect beginning tomorrow alongside a $50 hack-and-slash of the current price tag of the popular 60GB “Pro” model, while supplies last. 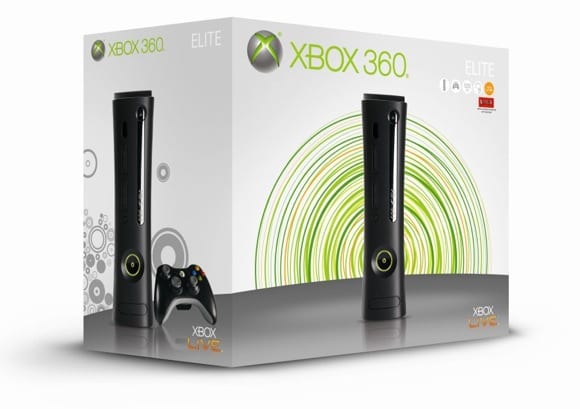 The new price tag for the Elite hides a bit of shame, as composite cables only, not even component, or HDMI (like they used to) cables are included in the box, and you’ll have to shell out the extra bones to fully enjoy your gaming.

About that temporary $50 price cut on the Pro model? That’s because as of today , production of said model has been nixed, no more, forever and always.

When supplies of the middle-of-the-pack Pro system run out, available options for 360 gamers will be the $199, hard-drive lacking Arcade model, and the new (and still black) $299 Elite.

What’s more is this announcement from Microsoft comes after Sony very recently revealed a new PS3, the “Slim,” for $299. Console war anyone?

Is anyone just jumping into the high-definition gaming generation now? Who are you siding with in this war of electronics? Let us know in the comment section!