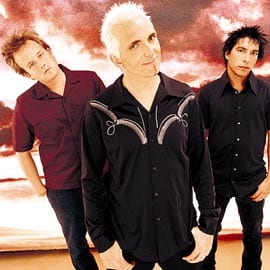 429 Records (part of the Columbia family) announced Tuesday the signing of alternative rockers Everclear to a multi-record contract.

The Oregonian rockers will open the relationship with 429 with the release of “In a Different Light,” a collection of newly interpreted recordings of some of their greatest hits.

“The brainchild of front man Art Alexakis, the album also includes two new Alexakis-penned songs, ‘Here Comes the Darkness’ and ‘At the End of the Day,'” 429 said in a statement.

The record drops October 6 with an album of new songs to follow next spring. Dates will also be announced soon for a tour next year.

Songs on “In a Different Light” include: