Blizzard, creator and purveyor of all things World of Warcraft confirmed rumors this weekend of a third WoW content expansion naming “Cataclysm” the ambitious endeavor. 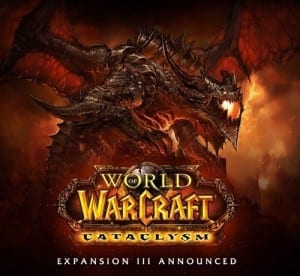 Complete with two new races, Worgin for the Alliance and Goblin for the Horde, an increased level cap of 85, and new class combinations; Tauren Paladins, Human Hunters, Night Elf Mages, Cataclysm is a lofty digital endeavor. But with the kind of cash Blizz has on hand and their proven track record of excellence, we are expecting great things from the Lich King follow up.

The expansion will also add seven new zones to the game world including The Lost Isles, Twilight Highlands and an underwater locale not named by Blizzard.

Furthermore, underwater mounts, and the ability to fly wherever you desire in Azeroth are included in the update.

Cataclysm is due out sometime in 2010 undoubtedly bringing Mtn Dew sipping gamers back to the folds of their chairs in the process.

For now, enjoy these first screens of “Cataclysm” and revel in their sexiness. Also scroll your eyes to the bottom to read Blizzard’s official description of the update. 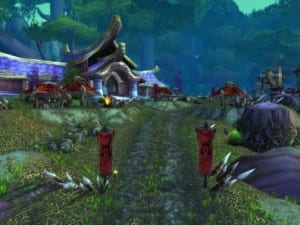 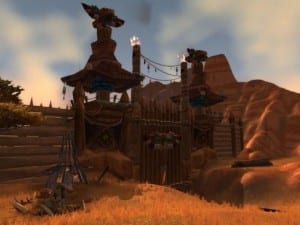 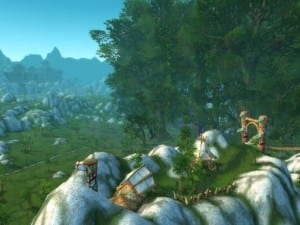 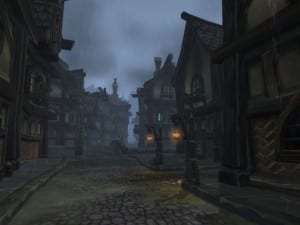 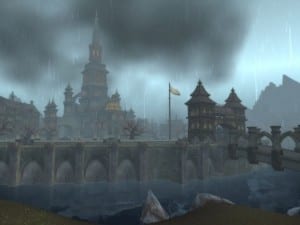 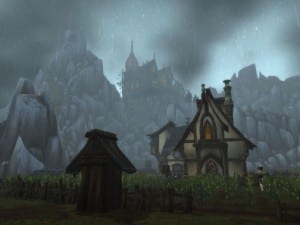 * Two New Playable Races: Adventure as one of two new races”"the cursed worgen with the Alliance or the resourceful goblins with the Horde.
* Level Cap Increased to 85: Earn new abilities, tap into new talents, and progress through the path system, a new way for players to improve characters.
* Classic Zones Remade: Familiar zones across the original continents of Kalimdor and the Eastern Kingdoms have been altered forever and updated with new content, from the devastated Badlands to the broken Barrens, which has been sundered in two.
* New High-Level Zones: Explore newly opened parts of the world, including Uldum, Grim Batol, and the great Sunken City of Vashj’ir beneath the sea.
* More Raid Content than Ever Before: Enjoy more high-level raid content than previous expansions, with optional more challenging versions of all encounters.
* New Race and Class Combinations: Explore Azeroth as a gnome priest, blood elf warrior, or one of the other never-before-available race and class combinations.
* Guild Advancement: Progress as a guild to earn guild levels and guild achievements.
* New PvP Zone & Rated Battlegrounds: Take on PvP objectives and daily quests on Tol Barad Island, a new Wintergrasp-like zone, and wage war in all-new rated Battlegrounds.
* Archaeology: Master a new secondary profession to unearth valuable artifacts and earn unique rewards.
* Flying Mounts in Azeroth: Explore Kalimdor and the Eastern Kingdoms like never before.

The Lost Isles, Twilight Highlands and a sunken city that is, naturally, set entirely underwater.