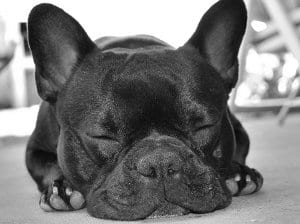 More often than not, it takes the metaphorical equivalent of a snow shovel to peel us out of bed in the mornings, and we suspect that it is likely the same with many of you. We’ve always just blamed it on not being a morning person, but it turns out that the amount of sleep that you need may be written in your genes.

While all mammals need sleep, most species have different sleep needs. For example, your average housecat sleeps around 13 to 16 hours a day, while human adults usually need between 8 and 10 hours.

Ying-Hui Fu, a neurologist at the University of California at San Francisco, recently conducted a survey of sleep patterns in a large sample of people. In this group were a mother-daughter pair who were initially indentified as “morning people.”

However as the study went on, Fu noticed that the two actually were sleeping around five hours a night”"almost half the usual sleep need. Further study revealed that the two actually didn’t have any sleep related problems, as one would have assumed with someone getting so little sleep. The two women just didn’t need as much sleep as most of us do.

Fu hypothesized that their suppressed sleep needs might be due to a mutation to the DEC2 gene that they both shared. Scientists have long known that the DEC2 gene is partly responsible for governing our biological clocks, determining when we should be awake or asleep. To test this, Fu developed transgenic mice that had the corresponding mutation in the mouse’s Dec2 gene. Sure enough, the mice slept less than their counterparts without the mutation. They also recovered more quickly after sleep deprivation.

Because these finding are very new, scientists are only willing to posit that our sleep needs have some sort of genetic hardwiring. From these experiments, it’s not possible to tell whether the DEC2 mutation allows those with it to get by on less sleep or if the mutation itself is actually causing them to sleep less. Clearing, something as complicated as your biological clock is going to be controlled by much more than a single gene.

Either way, you can feel just a little bit less bad about being lazy when you have to wake up knowing it’s not your fault. Plus you can tell your friends who need less sleep that they’re mutated.