We all know about the British invasion and England’s influence on rock and roll: The Beatles. The Police. The Rolling Stones. These are familiar band names (we hope). Let’s not mention Canada-Toronto gave us Rush, and who can deny the awesomeness of songs like ‘Tom Sawyer’ and ‘YYZ’? Don’t forget Neil Young either. Even outside of England and Canada, international influence in American music has always been huge. We’re not just talking about the development of waltz or opera. What about Carlos Santana’s influence on blending rock with salsa and jazz fusion? Or the influence of Germany’s Kraftwerk on Coldplay’s track, “Talk”, or the X&Y album in general? In a nutshell, we love new ideas and trends in music, and stepping outside of the bubble of the United States never hurts. Here are some bands or artists from around this great Earth definitely worth checking out. 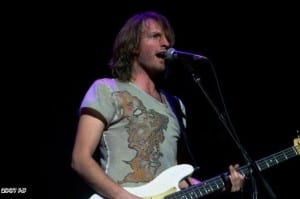 Fiction Plane (UK)– The 2002 album “Everything Will Never Be Ok” featured many good songs (understatement), an interesting bonus track (Bongo-check it out), and clever lyrics (true). After the release of that album, Fiction Plane reworked its band members with Joe Sumner on bass and vocals, Seton Daunt on guitar and drummer Pete Wilhoit, who was recently voted #3 in the “Up & Coming” Drummer poll for Modern Drummer. The album Left Side of the Brain was released in 2008 with stellar tracks such as “Two Sisters”, “Presuppose” and the biting “Death Machine”. Live performances by Fiction Plane promise energy and great solos (their December performance at the Paradiso in Amsterdam sold out along with other performances in Europe). In February 2009 the band previewed some new songs in their set list while performing in New York, and will be playing the Mercury Lounge Aug 13 in New York. In March the band announced that they are recording for a new album and will be touring more in the fall.

Royksopp (Norway)– Royksopp’s electronic music, often accompanied by creative music videos (check them out!), incorporates heavy rhythmic beats and catchy melodies. 2005’s “The Understanding” included songs such as “What Else is There” and “Beautiful Day Without You”. “What Else There” featured Karin Dreijer Andersson doing vocals for the track, adding an eerie sound with her pitch shifting and unique vocal technique. The track reached #1 on the British Dance Chart and spawned many remixes. Their newest album, “Junior”, was released on March 23 of this year, with the counterpart to the upbeat album, “Senior”, set for release later in 2009.

Shpongle (UK)– Heard of Psybient music before? You have now. Psybient mixes electronic music with ambient, world, and psychedelic trance. Shpongle, featuring Simon Posford and Raja Ram as its two core members, incorporates music of other cultures with trippy synthetic work and interesting rhythms. Individuals who love world music will enjoy the sampling selections, with works from 2001’s Tales of the Inexpressible creating such tracks as “Around the World in a Tea Daze” and “A New Way to Say Hooray”. 2005’s “Nothing Lasts… But Nothing is Lost” incorporated Brazilian influence on songs such as “Levitation Nation” with the use of sampling as well. Their next album, “Ineffable Mysteries from Shpongleland”, is set to be released late in fall 2009, with a live performance set for the Ozora Festival in Hungary as well.

Younger Brother (England)– Going along on the Psybient genre (and Simon Posford), Younger Brother (formed by Simon Posford and Benji Vaughan) may or may not conform to this musical style. Often they are classified as not being classifiable, due to their many different types of compositions for electronic music. Their 2007 album, “The Last Days of Gravity”, was released with positive reviews, and contained tracks such as the beautifully composed “Happy Pills” and the eerie yet catchy “All I Want”. The band has been compared to Pink Floyd and Radiohead in terms of production and composition style and creativity, but Younger Brother is in a league of its own, so to speak.

Heather Nova (Bermuda) – Remember the song “London Rain” from 1998? Been wondering what happened to the singer? She’s still making music and has found mainstream success in Germany with two of her albums making their way to the top five of the album charts there. While it seems completely baffling that America has seen less of Heather Nova after the 1990’s (“Siren” was a completely chilling album, songs like “Paper Cup” and “Winterblue” being so gorgeous and wonderfully performed, with “Blood of Me” and “I’m Alive” being powerful compositions as well), she is currently touring Europe, and returned to the United States after eight years in March to play in New York.

Ariane Moffatt (Canada)– Her debut album went platinum. Need I say more? Well, no, but I’d like to. There is such clarity in her vocals to accompany wonderful melodies. Even if you don’t understand French, the music speaks for itself. The single “Rƒ©verbƒ¨re” includes a great bridge full of electronic and harmonic tonalities and arpeggios. The album, “Le C…"ur dans la Tƒªte”, from 2005, features the track “Retourne Chez Elle”, which is both dance worthy and sassy. The album “Tous Les Sens” from 2008 won a 2009 Juno Award for Francophone Album of the Year. 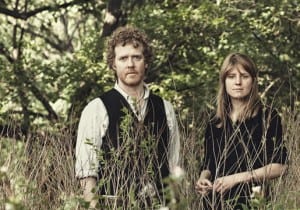 Swell Season (Ireland, Czechoslovakia)– Irish singer/songwriter Glen Hansard and singer/pianist Markƒ©ta Irglovƒ¡ won an Academy Award in 2008 for Best Original Song in the film Once. Meaningful lyrics, wonderful harmonies and, if you ever get a chance to see the musicians perform, friendly and humble. The album, Swell Season, was released in 2006 before producing the music for the film Once in 2007. The group has also performed a great rendition of Van Morrison’s “Into the Mystic”, which Hansard also performed with The Frames. Luckily for us their next album, “Strict Joy”, is set to be released in October of this year.

Toubab Krewe – When the band stopped in Boston in April, the intense performance was full of unique instrumentation, and they definitely had the ability to attract quite the crowd, packing a full audience. A fusion of West African and American musical styles, the band has played Bonnaroo and Festival of the Desert in Essakane, Mali. The band states their influence as being from their experiences in Guinea, Mali, and the Ivory Coast, where they studied the different cultures and performances. They are currently on tour promoting their newest album, Live at the Orange Peel, and will be playing many music festivals around the United States.

Devendra Banhart– The story goes that the artist was named after Indra, the Hindu god of Rain and Thunder. If that weren’t interesting enough, you should take a listen to his music. The musician, born in Texas, later moved to Venezuela until he moved to California at the age of 14. “Smokey Rolls Down Thunder Canyon”, his 2007 release, made it to #19 on Rolling Stone’s Top 50 Albums of 2007. Songs like the jazzy, almost Take Five like “Seahorse” and the very danceable, interesting “Carmensita” grabbed the attention of many. Banhart is set to release his next album, “What Will We Be”, for October 2009.