Capcom, the publisher responsible for such epic franchises as Resident Evil, Mega Man, and Dead Rising, just to name a few, today announced their latest digital endeavor, naming Monster Hunter Tri for the Wii, a system exclusive due out in Europe and the Americas in early 2010.

Before today we only assumed Tri would be gracing the American market, but now we know for sure! Hooray!

Capcom promises to “set a new bar” in the action/adventure genre with Tri through a “living, breathing ecosystem where man co-exists with fantastic beasts that roam both the land and the sea” buffed by both online and offline cooperative gameplay modes where up to 4 hunters can join on via the expanses of the internet to complete quests. Now that’s pretty darn cool!

Oh, and if you’re going to be at GamesCon in Cologne, Germant August 19-23, Capcom will have a playable demo on hand for you to try out, but if not, enjoy these debut screens imaged below. 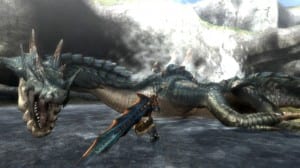 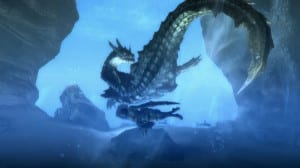 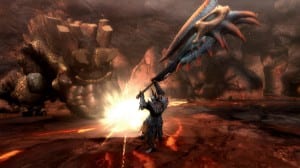 [UPDATE] And here’s the trailer for the announcement as well. This is quite a looker.