Bionic Commando, a game 20 years in the making was not receievd well by critics when it released on Xbox 360 and PlayStation 3 a few months back, and with the PC version releasing today we ask: “will it fare any better?” 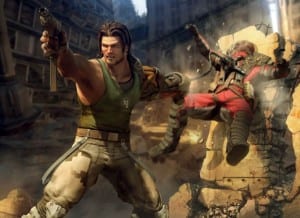 I had a blast playing the multiplayer demo and truly loved what developer GRIN accomplished when turning the beloved franchise into a 3D action whirlwing of a title, but hey, I’m just one guy.

Look for Bionic Commando on retail shelves priced at $39.99 and $34.99 on digital-download powerhouse Steam today and let us know what you think!