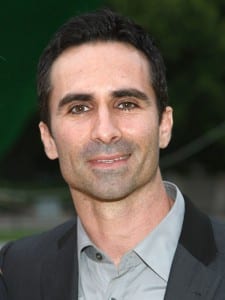 SAN DIEGO — Nestor Carbonell’s character Richard on ABC’s hit “Lost” is arguably one of the biggest mysteries on the show. As he told Blast, people often ask, “Who is he?” “How old is he?” Problem is, he has no idea. Carbonell said he isn’t given a script more than a few hours before they start shooting, and he takes his character cues from the director of each episode. Shooting begins on the sixth “" and final “" season of “Lost” August 5, but Carbonell had little to tell us of what we can expect.

On who Richard is:

I was doing a scene last year before the series finale when Locke comes to the beach; I approach him and I’m happy to see him and the director says, “Ok that’s good, can you be a bit more suspicious of him?” I’m not even told on the day, in advance, why I’m told to play him in a certain way. I make it up every week; I make up a back story for my character; I play my role and what’s written. I’m completely in the dark and it’s a great exercise because I can’t plan anything at all “¦ For so long I thought I was so authoritative, my character knew what was going on. One of the characters says, “I thought you knew everything” and I say, “No, I don’t; I don’t know anything about time travel.”

On whether Richard is a hero or villain:

I think there is and I’ve always felt that even when I started killing Juliette’s husband, when they were recruiting her for the island, but even then I was justifying the means. There’s a higher purpose and I’ve sort of operated off of that monster from the beginning. If I am the villain it’s always more interesting to play him; someone who really thinks he’s doing it for the best reasons. I don’t know if they’ve changed the character because of the way I played him or if they’ve always known all along or if the character has ever gone beyond what he’s going to be. I’ve been happy to be along for the ride.

I think they would be dissipating this mystery if they didn’t have an end date and I think it was smart of them to approach the network three years ago and give them the timeline.

On what question he is asked the most:

On where the eyeliner infatuation started:

Online. The eyeliner thing started online, someone said I was wearing it, and then it spread. They had been badgered so many times with questions about the eyeliner. I’ve been getting stuff about it since I was a kid, and they eventually just said, we have to put this in the script at some point.

Do I have a theory? Someone mentioned it to me that I’m a descendant of the Black Rock. That’s not my theory, that’s someone else’s theory. I always thought I was an extension “" an arm “" of Jacob’s … Every time I think I have a theory, I’m completely wrong.

On joining the cast:

I remember when we were shooting scenes for when I was recruiting Juliette; I wasn’t a huge devotee, and I might have missed a couple shows and I knew there was this huge cult following. My wife was a huge fan at the time, and I was nervous. I walk onto the set, we’re in Hawaii with the most incredible and laidback crew, and it was the most relaxed vibe for any show. You would never feel like you’re on the “Lost” set.

On his favorite episode:

The episode that gripped me the most was “The Constant;” time travel, Faraday, Penny. (The episodes are) all compelling; every character is messed up, they’re all extremely dark, they all have a past. To me the one who provides the conflict is Michael Emerson. There’s so many complex parts to him; he’s the key to the show, but you can’t have the story without Jack. I think at the heart of it is that love triangle.

Nothing at the moment. I’m writing right now. I’d like to contribute in my own way. I’m writing a comedy. I’ll be going out with it in January.