As Rockstar so normally operates, namely in secret, we don’t know much about this latest expansion, only that “Gay Tony” will focus primarily on the glitzy high-end night life of Liberty City through the eyes of Luis Lopez, or Tony “Gay Tony” Prince.

Also hitting shelves October 29 is GTA: Tales From Liberty City, which includes, you guessed it, both The Lost and Damned, and Gay Tony. Rockstar hasn’t pegged the combo pack with a price point as of yet, so stay tuned!

Priced at $19.99, or more than a third of the current retail price, “Gay Tony” is likely worth the price-tag, as Rockstar clearly has this thing called game development in hand. 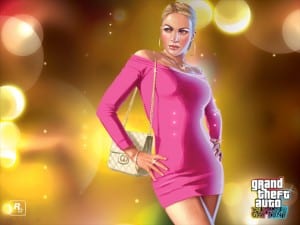