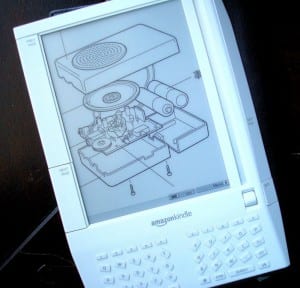 Attention readers: Amazon would like you to know that we were always at war with Eastasia. That is all. Thank you.

Let’s say you have a Kindle, and that you vaguely recognize the 1984 reference, but you weren’t completely sure. Luckily, since you bought 1984 the other day, you fire up you Kindle, open your ebooks that you’ve purchased, but it doesn’t seem to be there. You think how odd that is to yourself, until you open your email, and Amazon tells you that actually, you never owned 1984.

The truth of this story is that Amazon actually did reach out overnight last week and delete purchased copies of 1984, Animal Farm, and other authors’ books from users’ Kindles because they were mistakenly uploaded by a bootlegging group using Amazon’s “self-publishing” feature.

While Amazon actually did have a legitimate cause of action, the irony of this whole situation was not lost on the Kindle’s well-read consumer base, and the whole think blew up in Amazon’s face”"you might have noticed the resurgence of the #amazonfail hashtag on Twitter”"as things seem to be doing lately. While users were credited back the money they paid for the book, they were still upset, and Amazon has since promised to stop erasing its customer’s books.

The fact that Amazon has this ability, while kind of disturbing, really shouldn’t be that surprising. Apple, one of the most consumer beloved companies, also has a kill switch on every iPhone sold that can disable any application, should Apple decide to throw the switch. Apple maintains that is this route would be used solely if a malicious program were to slip by the approval process.

True to its word, and differently from Amazon, Apple has yet to use the kill switch, despite the fact that many applications have been pulled from the App Store for breaking the terms of use. For example, the lucky users who downloaded Netshare in the beginning have been able to tether their phones since the launch of the 3G, while the rest of us are still waiting for AT&T to grow a pair and let us do it legitimately.

Unfortunately, these sort of DRM restrictions are the future of digital distribution. Media providers demand them, lest their content get pirated. Of course, what they fail to realize is that DRM has never once stopped pirates, and only people who legitimately purchase digital content are ever affected by it. If you had pirated 1984 and not paid for it, it would have still been there on your device in the morning.. Music labels have finally come around, and pronounced that as far as music is concerned, the RIAA states that “DRM is dead“ but clearly other new media providers are still far behind.

One can only hope that Big Brother is watching and will catch up on the times.