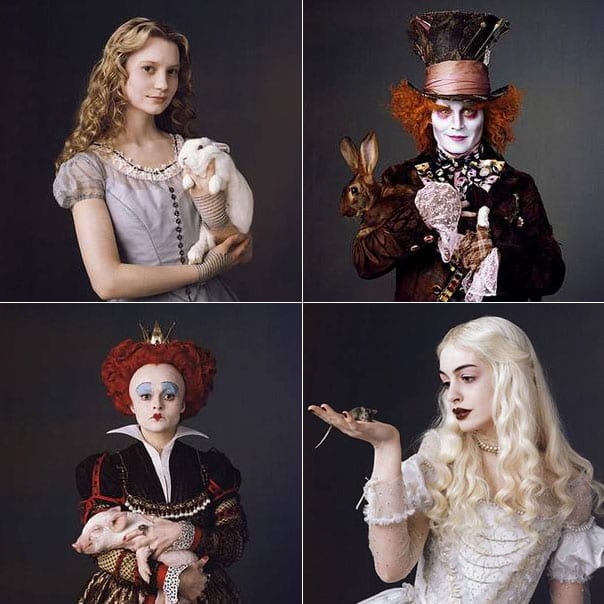 These days, with amazing websites like IMDB.com, consumers are permitted to know every detail about a film almost as soon as the producers decide them. ‚ Gone are the days when you had to wait to see a commercial teaser or, God-forbid, a theatrical trailer before you could even know for sure if a movie was coming out.

That’s why we’ve all known and are thrilled about the fact that Director Tim Burton (Edward Scissorhands, James and the Giant Peach) is throwing together what is sure to be a masterpiece recreating the well-loved children’s book, Alice In Wonderland. The star-studded cast includes actors Johnny Depp, Anne Hathaway, Alan Rickman, Michael Sheen, Helena Bonham Carter and newcomer Mia Wasikowska, who is playing Alice herself.

We’ve known all this for some time, and it doesn’t even come out till March.

But thanks to the wonderfulness of the internets, we have something to keep us entertained until that day comes. ‚ New promotional images of the characters have been released, depicting Alice (Wasikowska), The Mad Hatter (Depp), The Red Queen (Carter) and The White Queen (Hathaway), reports Ryanseacrest.com. 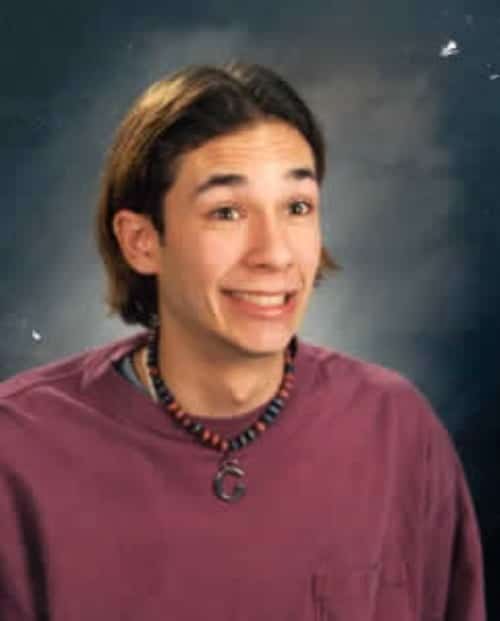 The costumes look great, all the actors seem to fit their roles, but does anyone else feel like the photos were taken by someone who usually takes yearbook pictures? ‚ Could we not find something besides the granite blue backdrop? ‚ Perhaps a natural field setting or perhaps even black and white, but if this is the backdrop, it seems more fitting that the actors should be leaning forward on their elbows and perhaps be smiling awkwardly through braces. ‚ But that’s just me. ‚ Let’s hope Burton finds something different for the film itself.