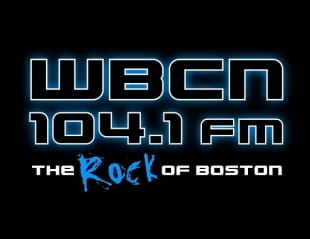 “There’s no better way to reach large numbers of male listeners than through exclusive sports programming” said Dan Mason, the president and CEO of CBS Radio in a statement released this morning.

And with that cheerful tone, the corporate machine is axing 104.1 WBCN: The Rock of Boston, leaving most of New England without a dedicated modern rock and roll radio station.

On August 13, Mix 98.5, one of those “80s, 90s and today” top 40 stations will move to the 104.1 frequency. CBS Radio will launch 98.5 The Sports Hub in the other slot. WBCN will continue to operate as a web-only broadcaster. In Hartford, a very similar radio station with the same frequency, 104.1 “Radio 104” WMRQ was shut down in much the same way by owner Clear Channel several years ago.

According to the company website, CBS will try to change the call letters of 98.5 to WBZ-FM, named after its historic AM news and talk station.

This is a money decision for CBS.

“Advertisers will have an array of opportunities to brand themselves on the website using text, audio, and video, along with the capability to target consumers down to a specific zip code,” the company said about its new sports station.

Blast learned the news today while editor John Guilfoil was giving a video game themed broadcast on the morning show of the independent 101.7 WFNX, the only remaining rock station in Boston. However, WFNX and WBCN have decidedly different music and decidedly different listeners. While there is much crossover, WFNX is known for its indie rock while WBCN blasts the harder stuff. WBCN gained its fame in the 1960s, when it was at the forefront of the growth of progressive rock.

The move marks the end of an era in Boston and is utterly devastating to Boston’s suffering local rock music scene, which has been on the downturn for almost a decade.