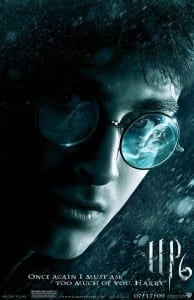 Movie ticket website Fandango is reporting that some 500 screens are already sold out on its site for Harry Potter and the Half-BLood Prince, which opens Tuesday at midnight.

“There’s considerably more interest in the Half-Blood Prince because of pent-up anticipation from moviegoers originally expecting to see it last November,” said Rick Butler, Chief Operating Officer of Fandango. “Fans have been literally waiting two years for this installment.”

Fandango also reports that the latest Harry Potter film is the fastest-selling title of 2009, with 65 percent of its daily ticket sales, beating Bruno, which opens tomorrow.