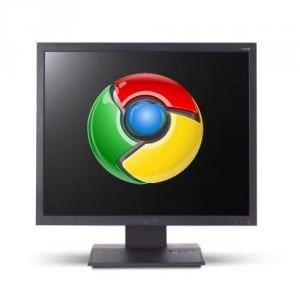 Google’s march toward world domination”"we mean, organizing the world’s information, took a huge step forward today as they announced their intentions to release an open-source Google operating system in late 2009 and provide it on netbooks in 2010. Such a Google OS would be very lightweight, and dedicate much its processing power towards web-based applications in Google Chrome, hence Google naming the operating system “Google Chrome OS.”

While it’s unexpected that such an announcement would come today, it actually makes sense in the grand scheme of things. When one looks at all the web applications Google offers”"Gmail, calendar, Google Docs, a desktop search”"organizing these programs into a tightly integrated package at a good price seems very logical. When one considering that Google’s price for just about everything is “free” it seems like an even better deal. It’s worth nothing that such a concept isn’t strictly original. In the recent past, Wal-mart sold a $199 computer that came with a Ubuntu distribution, gOS, which featured web applications heavily.

Google already has one operating system, but Android is a mobile platform, and Google says in its blog post that Chrome OS is a “is a new project, separate from Android.” Most applications written for Chrome OS would reside in the Chrome browser, making it exceptionally cross-platform. (This is, of course, assuming Chrome ever makes it to OS X. Our fingers are crossed.) Google also promises the OS will be lightweight so it can boot and get you to the web quickly where you can do your business.

Why should you care? Because now Google is going after Microsoft, Apple, and everyone else at the throat. No longer are Microsoft’s cash cows safe; with Google Docs rapidly becoming a viable web alternative to Office, Google Chrome OS could now start to threaten the Windows user base as well. Clearly the take over isn’t going to occur overnight. Depending on who’s counting, Google Chrome users make up about 2% of the browser share, while Firefox is at about 20% and IE remains king at around 60%.

But Android, which currently runs on only one phone offered by T-Mobile, has still managed to attract a huge number of application developers and amassed a sizable app library. Between Google’s solid web applications, these dedicated developers, the general drive to offload computing to the “cloud,” and Google’s bottomless pockets, this very well could develop into more than just a twinkle in Google’s eye.

While we would love to get our hands on an OS X version of Chrome alone, we’re even more excited by the prospect of running an entire Google OS on our computer. We’ll keep an eye out to the future for you.