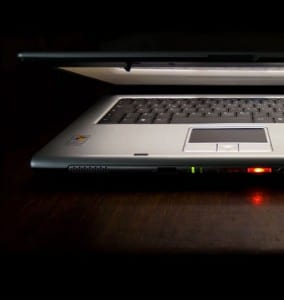 Optical drives in laptops are battery hungry and noisy gadgets that are growing less and less useful in the day and age of cheap flash memory. In fact, for everyday computing, many manufacturers have decided to just forgo them; this is especially true in the burgeoning netbook arena.

Still, there are a few situations that an optical drive is quite necessary for, and installing something like a new operating system is probably one of them. While the number of times which we’ve used the optical drive on our MacBook is less than we can count on two hands, upgrading from Tiger to Leopard was certainly one of them.

Netbooks, in case you’ve been sleeping under a log for last couple years, are tiny, ultra-portable, and underpowered notebook computers. Because there’s only so much room for all the components their tiny batteries are tiny, hence they can sustain only so much and optical drives are usually left out to compensate.

With impending operating system updates on the horizon for both Windows and OS X users, Microsoft might for once be a leader in working around this problem. Striving to make Windows 7 a viable operating system for new netbooks, CNET is reporting that Microsoft is considering delivering Windows 7 on flash drives to allow optical drive-less users to easily install or update their operating systems.

Another thing to consider is that since Vista proved too bloated and resource intensive to run on netbooks, most users opt to run XP. Upgrading XP to Windows 7 will require a clean install with a data backup; delivery on a flashdrive with room to spare could neatly solve this problem.

Windows has made no such official announcement about delivery, but it will be interesting to keep an eye out for innovation, especially when it comes from Redmond.