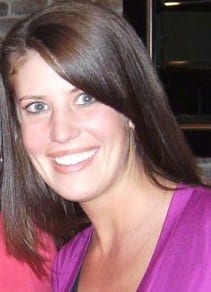 The other day I ran into a girl I graduated with.

I hadn’t seen her since graduation, but the conversation consisted of me asking questions I already knew the answers to.

So you have a child now?

And you’ve moved out of state?

So, you’re thinking of going back to school for nursing, huh?

These days, my conversations all seem to go this way. I just have to pretend like I didn’t know my former classmate’s sister just got engaged, but in fact I already knew about the engagement because I was informed of it as soon as her “relationship status” changed.

This is the crazy, addictive world that is Facebook. Most conversations will always lead to Facebook or Facebook knowledge at some point. It’s even become a regular topic at the dinner table. I have close to 30 family members on Facebook — as young as 9 and as old as 60.

I have to admit, I was a late bloomer when it came to Facebook. I was determined to stay away from the cult phenomenon, but when people slowly started dropping from MySpace, another cult, I was forced to become a Facebooker.

I wasn’t hooked right away though. I just didn’t get what the big deal was. I mean, I was happy for my neighbor because she was enjoying a turkey club for lunch and that her friend Becky liked (thumbs up) that she was enjoying her lunch. But really, why did I care?

It didn’t take long before I was updating my status every couple of hours. I was a fan of bubble wrap, and I found out which 90210 character I was most like. I was officially addicted.

There’s no other forum like this, where a person has 556 friends and many of those friends are people they went to high school with who they’ve probably never even spoken to.

Facebook has been the beginning and the end for many relationships. It has gotten many people in trouble at work, and has even gotten some people fired. But it also keeps you in touch with people you might otherwise never talk to. And for that reason — well, AND so I can stalk people — I will remain a dedicated and pathetically addicted Facebooker.