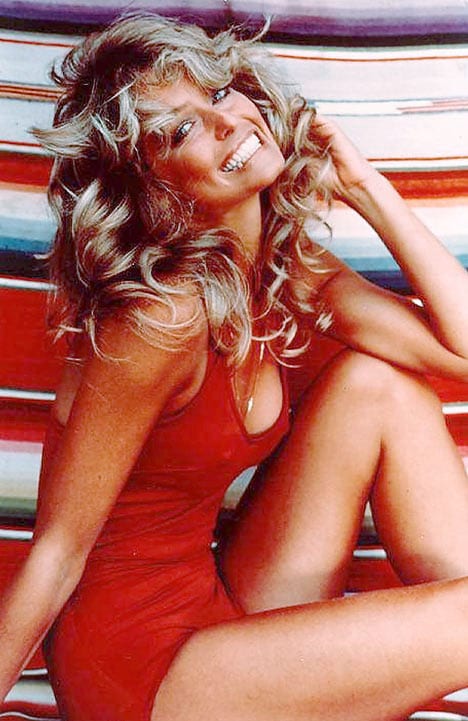 Fawcett’s death follows a three year battle she had with cancer. ‚ Fawcett was surrounded by family and friends, including her romantic partner of the last 20 years, Ryan O’Neal.

Fawcett and O’Neal’s son Redmond O’Neal, who is in rehab at the L.A. County Jail, was informed of his mother’s death and has since spoken with his father.

Born in 1947, Fawcett was first known for the red swimsuit she wore in a pinup poster which sold $12 million copies after its release in 1976. ‚ But her real break came when she starred in the show “Charlie’s Angels,” where she became one of the world’s most famous blonde bombshells.

Jaclyn Smith, Fawcett’s fellow “angel,” had this to say of her friend’s passing:

“Farrah had courage, she had strength and she had faith. ‚ And now she has peace as she rests with the real angels.”

For a brief glimpse into Fawcett’s battle with cancer, watch the clip below of the documentary she made where she talks about her sickness.