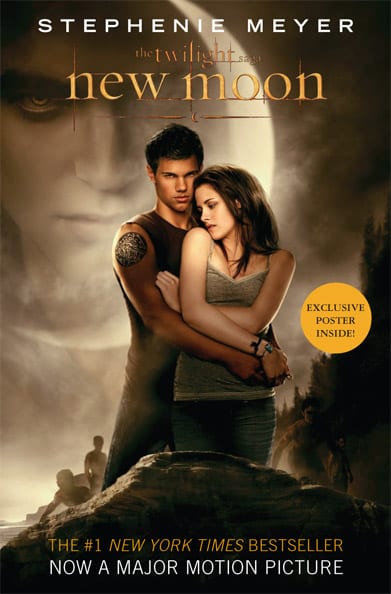 In the “New Moon” teaser poster, Jacob is shown as clearly standing between Edward and Bella’s relationship; a foreshadowing concept for anyone familiar with the plot.

However, in the movie tie-in cover, Jacob is shown possessively holding Bella, while she looks like she is trying to pull away from him. An image of Edward’s face is shown over the moon, much like the imagery Stephenie Meyer originally intended for the cover of “Eclipse.”

The real question is: Why does a novel called “New Moon” — a night when there is no moon in the sky — have a sliver of the moon shown on the cover? Only Harper Collins can explain.