Remember the first time you saw “Beauty and the Beast,” Disney’s Oscar-winning animated film from the 90s? Remember wanted to be a guest at a majestic castle where silverware and candelabras danced and offered you good? Remember when all you wanted was Belle’s poofy yellow dress?

Though there are many versions of the classic fairy tale, Disney’s is the one most closely associated with the story of the beauty and the beast, and CBS Films’ newest movie, “Beastly,” doesn’t look like it’s going to help you remember any of those things. Starring Alex Pettyfer and Vanessa Hudgens, the film is described as an “edgy teen romance” and has an angry Gothic school girl instead of a secretly beautiful witch, an addict father instead of Belle’s inventor father and a antihero more along the lines of Sebastian Valmont in “Cruel Intentions” than the Beast from Disney’s definitive film. 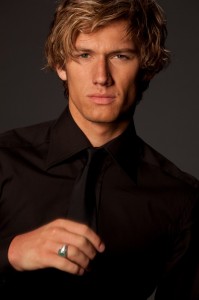 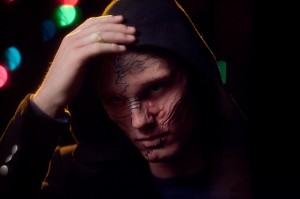 Alex Pettyfer stars as Kyle Kingson, the films title “beast.” After inviting and then smiting classmate Kendra at a school party, Kendra casts a spell which transforms him from handsome to disgusting. The only cure? Someone who can love him as he is.

Hudgens is Lindy, the daughter of a drug addict who Kyle caught trying to kill his dealer. Kyle blackmails Lindy with her father’s freedom by gaining her consent to live with him in his Brooklyn home, and hopefully learn to love him.

No word yet on other parallels between the new film and the Disney classic, but it is doubtful that there will be wolves and other angry forest creatures surrounding Kyle’s Brooklyn apartment. A parallel to Belle’s beau Gaston in the original cartoon, though? We can only assume.

Adapted from the novel of the same name by Alex Finn, “Beastly” is directed and written by Daniel Barnz. Susan Cartonis and Roz Weisberg are producing the film.