Sam and Max are making their Xbox Live Arcade debut today as the original series you remember (or not) playing years ago is now available on your Xbox 360 with a few noted enhancements.

Developed by Telltale Games, this award-winning Sam and Max re-release has been updated for Xbox 360 with achievements, full HD and widescreen support, and “updates to gameplay controls.”

Save The World is a six episode (they’re all included) series brimming full of a hilarious set of characters that extend beyond the freelance crime fighters Sam and Max as well as grand adventure, a department Telltale never fails in. 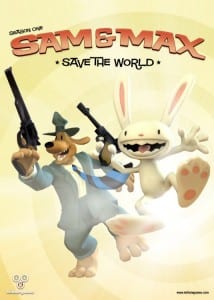 Sam and Max Save The World is available worldwide today (except for Japan) for 1600 MS Points/$19.99.‚  Start you download here (even if you’re at work or school!).