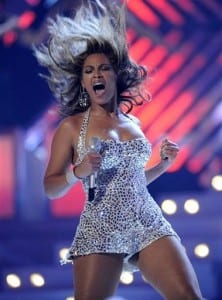 Joey Morrissey, owner of Manhattan’s M2 night club, is threatening to sue Beyonce Knowles for backing out of a show, Page 6 reported.

The gig was slated for Saturday night as part of the launch of the singer’s “I Am “¦ Sasha Fiece” tour. But on Wednesday night, after $100,000 of preparations at M2 where tables for the show sold for thousands of dollars, Beyonce’s people called to cancel.

“We had an overwhelming response from our club goers, who were lining up to buy tickets and tables. This will come as a great disappointment to all of them,” Morrissey told Page 6. “If Beyonce cancels and doesn’t give us a new date, this hurts our credibility in night life.”

Beyonce offered to appear at the club for an hour the same night, though she still wouldn’t perform. This, of course, doesn’t help Morrissey at all, as he’ll have to deal with a huge financial loss and plenty of angry club goers. According to Page 6, he’ll be suing for $1 million.