The man who gave a resounding and informative E3 address at the show earlier this month proclaiming the future of the Microsoft gaming brand will soon be the man heading the mighty and powerful Electronic Arts mega-publisher as the companies’ Chief Operating Officer, we were told via press release today. 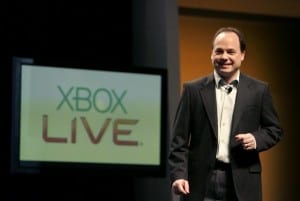 Schappert first embarked into the uncertain waters of the gaming industry in 1997 as a software engineer at EA working on quite a few projects and later upgraded to overseeing some of EA’s largest franchises. Ah, the good ole 90’s!

In 2007 Schappert left EA to become Corporate Vice President of the Microsoft Interactive Entertainment Business, and a total sweet-talker on the E3 stage.

“We are thrilled to welcome John Schappert back to EA” said EA Chief Executive Officer John Riccitiello. “He has a great track record as a leader and innovator in our industry. His years of experience with EA and in Microsoft’s Xbox business, provide him great insight into recognizing what consumers want.”

“After nearly two decades working in or around this company, I’ve got EA in my blood” said John Schappert. “This is a team that is intensely focused on quality and innovation. I’m looking forward to rejoining EA as Chief Operating Officer and helping grow the business on new platforms and in new markets.”

What does this mean to you? Probably nothing, and if you’re like me, could care less who’s running the show, as long as we get great games of course.