With such heavy cultural attachment fixed to the “Wallace and Gromit” series, primarily fueled by the rampant success of the films of yesteryear, how could a new tale, told via a different electronic medium “" the video game, penetrate that user-base and leave fans with a renewed sense of love for the unlikely duo? A difficult task indeed, but one that developer Telltale Games went to the moon and back to bring to loyal fans in their four part episode-based adventure, and their astounding level of determination in doing so is truly a model for others to aspire to.

Wallace and Gromit’s Grand Adventures has been just that thus far: a grand adventure. Both Fright of the Bumblebees and The Last Resort were stellar episodes, but if you don’t believe me? Read our reviews!

Following the proven success recipe that is short and sweet storytelling, Muzzled!, the third installment in the series, went live for download this morning, and leapfrogs the first two episodes by a considerable clip based on a number of determining factors.

First off, you’ve got know what you’re getting muzzled into here. Muzzled! is, as said before, just one of four pieces of the Grand Adventure, and while the story elements have changed, the fundamental puzzle-solving nature of the game remains rigidly intact and fundamentally important. As episodic content goes, Muzzled! is a short experience, and what I mean by short is between three and five hours of gameplay bolstered by prolonged cut scene periods of story-important dialogue. If you’re the type who elects to skip these cinematics in order to “save time” be warned, as each and every conversation between characters contains nuanced clues of how to proceed. Except for maybe Major Crum. What’s he rambling on about all the time? 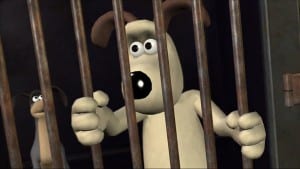 The story unravels very, very quickly in Muzzled!, so I’ll sum up the narrative without spoilers, and in a simple way.‚  Wallace is still inventing quirky contraptions that ultimately are more trouble than they’re worth and Gromit, his four-legged canine mute counterpart, again leaps into the fray to save the day. Every character from the original two games makes an appearance in Muzzled!, but one man, Monty Muzzle, arrives on the scene with a proposition that may not be as righteous as the shady bloke says it is. Muzzle has organized a weekend fair to take place with all proceeds going towards endangered canines. If only, and you’ll soon discover his motives are quite a bit more dastardly than what the man preaches.

As said before, the narrative in Muzzled! races along at a very brisk pace, much faster than the original two, and, only as a cartoon could, the action cruises from place to place, with rampant adventure spilling forth throughout. It’s awesome, I promise.

Where Telltale truly succeeds in Muzzled!, and throughout the series, is via glorious storytelling bolstered by believable and engaging voice acting. It is truly remarkable how much I have come to learn about and grow attached to the games’ many characters and this can only be chalked up to a dedicated effort to create authentic personalities. My British humor vocabulary and understanding is not great so I can only assume many jokes flew straight over my head, but the ones I did catch had me smiling cheek to cheek and laughing at the games’ many subtle jokes, often not even spoken. 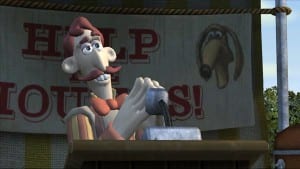 As far as gameplay is concerned, Muzzled! introduces no new game mechanics not found in the prior two, which would have been a welcome addition, but an understandable move on Telltale’s part. If it ain’t broke?

The familiar point, click, investigate, and manipulate mechanism remains intact and never becomes problematic or irksome. A simple drag and click of the mouse, and a toggle of the shift key is really all you need, besides a keen and inquisitive mind (and you’ll need a lot of that).

Telltale did a remarkable job creating a memorable world through the first two games and now, in Muzzled!, West Wallaby Street has an oddly familiar sense to it. The kitchen? Oh yeah, that’s down the hallway and to the left! 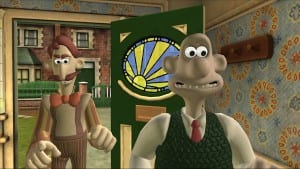 However, Telltale did add a new playable zone, and in Muzzled! you’ll spend the bulk of total play time in a brand new location “" the Faire Grounds. Leaving West Wallaby Street, traveling past the bus stop and through the town square lies the Grounds, upon which lie a mess of puzzles, everyone from town, a high-flying and well animated amusement ride, and some precarious situations.

After the great danger is quelled and the cheese is eaten, a “proposal” of grand sorts is extended to Wallace from an unlikely source and, should he accept, the face of the Wallace and Gromit series will forever change. Guess you have to play to learn about this highest cliff of all cliffhangers! 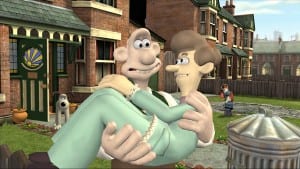 Overall, Telltale has yet again told the tale of excellence in every facet of game design. From dynamic and alluring storytelling buffed by memorable characters, to the authentic feel of the familiar claymation style presentation, Muzzled! succeeds so very well.

Muzzled! released June 16 for PC and is currently available for individual purchase for $8.95 or $34.95 for all four episodes via the Telltale Store. Fright of the Bumblebees is also on Xbox Live; download it here for 800 MS Points.