In case you were not aware, BioWare Austin is currently working full steam ahead on an ambitious massively multiplayer online project, even by BioWare’s standards, titled Star Wars: The Old Republic, and today the men and women who brought you Knights of the Old Republic revealed the Smuggler as the game’s latest playable class.

Details surrounding the altogether epic project have been few and far between, but the Austin-based development crew hard at work on the title have left a tasty crumb trail of teasing goodies for the faithful to enjoy over the past months and today’s is certainly worth getting excited about. 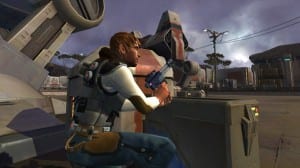 The Smuggler sounds like a fun class to play as the bad-ass class is described by BioWare as such:

“An adventurous spirit who’s not afraid to break a few rules can make a handsome profit hauling cargo to these hot spots, but it requires fast reflexes, fast wits and a fast draw with a blaster. Even then, the life of a Smuggler is always a gamble.” 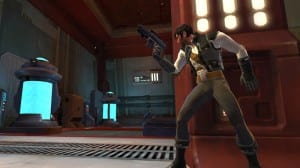 Furthermore, the Smuggler is a charmer, and through his vast intellect and cunning can surmount any bleak situation with the simple use of charisma.

Finally, and most interestingly, Smugglers “make their own destinies,” and are not bound by any larger force, truly opening the door for players to take the ultimate gamble in deciding their fate.

Have a look at the official Smuggler page at The Old Republic site for lots more BioWare scripted detail, glorious images, and combat-themed videos. 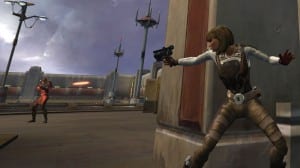