In European-based video game news today publisher Iceberg Interactive of the Netherlands and famous for Killing Floor, Darkness Within 1 + 2, and others, announced an agreement with Austrian developer Homegrown games to bring “The Last Chariot of the Gods” to retail Q4 2009. 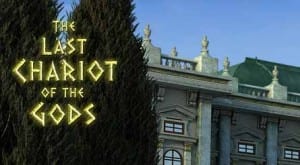 Last Chariot of the Gods is a point and click adventure with a cosmic twist.‚  The game is based on the novel “Chariots of the Gods” by Rich Von Daniken and will immerse players in a modern day conspiracy full of ancient legends ultimately begging the question: “are we alone in the universe?”

The game ships in quarter 4 of 2009 but if you need more information right now, hop on over to the games’ official page on the Iceberg site for a more in-depth examination of the PC title.