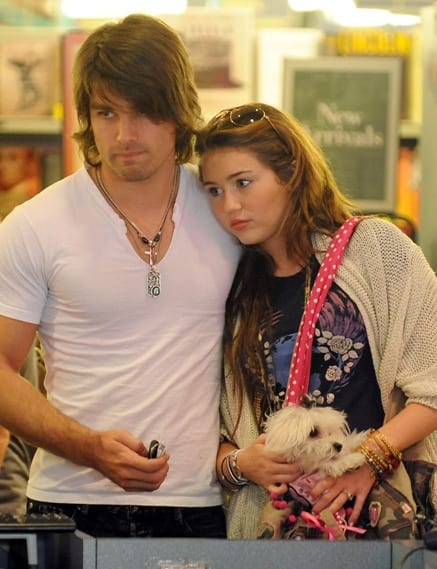 Miley’s melancholy tweets over the past few days have hinted at this. ‚ E! is saying that‚ Miley’s rekindled friendship with ex-boyfriend Nick Jonas, and Justin’s ensuing jealousy, might have had something to do with the split.

Miley and Nick began spending a lot of time together for work, according to Twist, which was making Justin uncomforable.

Justin said, “Nick was trying to get her back the whole time,” E! reports.

Miley’s rep. is staying quiet on this one.