Nintendo, Wii-maker and leader in the current console wars, announced today plans for a black-colored Wii console and peripherals.

Set to launch August 1, exclusively in Japan, a breath of fresh air will be blown into the pale-white lungs of the console which launched in 2006.

In addition to the new black Wii, Nintendo will also be selling a Wii Remote, Nunchuck, and Classic Control, all of which in the stylish new black. 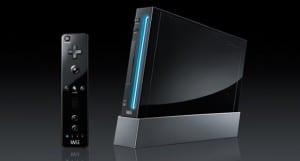 Images and story via Kotaku