Sony revealed yesterday at their E3 media briefing that a handheld version of Assassin’s Creed, in the form of AC: Bloodlines, will make its way to shelves November 2010, but also mentioned interactivity with the PlayStation 3.

But what about this interactivity?‚  From the mouth of AC: Bloodlines producer Frederic Lefrancois:

“As players unlock health and Hidden blade upgrades in Assassin’s Creed 2 PS3, the same upgrades will be unlocked in Assassin’s Creed: Bloodlines (PSP). It also works the other way around: on the PS3 you will be able to access any Templar Coins and special weapons you’ve collected on the PSP.”

Furthermore, AC: Bloodlines takes place directly after the events of the original Assassin’s Creed and is integral to understanding, if you care about story, who Ezio is and why he’s there.

Below are screens from the game that look quite fine if you ask me. 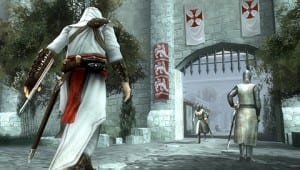 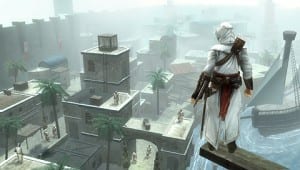