Having trouble discerning whether or not you’re playing a video game or watching a movie?‚  Credit that to motion capture actors like Reuben Langdon, an actor whose most recent work in video games has him bending himself into Chris Redfield in Resident Evil 5.‚  “Power Ranger acting,” Langdon calls the motion capture acting of previous generations.‚  “These days there is less of that because more details have been added to the face and with aid of facial capture you can act more with your face and not just your body. Personally I still think you have to take it up a few notches more than regular film and TV stuff but not quite Power Ranger level.”

Video game technology is always progressing therefore the actors behind the rolls of our favorite characters have to grow and adapt to the volatile video game world.‚  What unites MoCap (Motion Capture) actors like Reuben Langdon with any other actor is their commitment to the role.‚  Like any screen or television actor, they have to inhabit the skin of the characters they’re playing.‚  “For RE5 and many of the games we (Just Cause Productions) have done with Capcom we do a process which is called Video Storyboarding where we pretty much make a mini low budget movie of what the final product is going to be,” Langdon continues, “For RE5 we actually got into wardrobe and shot all the Video Storyboards on a Green Screen. It is great because for the actors it’s a full on dress rehearsal, allowing them to really get a grab of the character. For the Director and Producers it’s a chance for them to go through the whole thing and see what will work and won’t.” 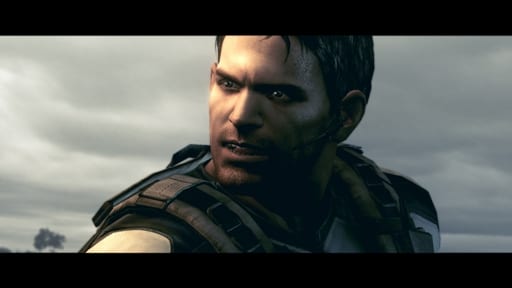 Motion capture technology isn’t perfect.‚  If you’ve played any video games with camera focus on the face of a character, you’re lucky to believe they are actually talking.‚  Most of the time it looks like two noodles bumping into each other until the camera angle changes.‚  Langdon doesn’t doubt that this type of acting will improve dramatically in the future.‚  “I think as computer power gets higher so will the capture technology and the need to capture more details. Now, especially with games, you can capture everything that is needed.”

Langdon isn’t a newbie to the scene either.‚  His work as Dante in Devil May Cry made Dante as iconic as the game itself.‚  Much like a cartoon voice actor, Langdon can play completely different parts without the audience knowing.‚  “Dante is of course way over the top and the world he is in allows for some crazy things to happen. Not to say that Chris’ world is not over the top and crazy, just that with Chris everything was more grounded and subtle. I tried to keep it as real as possible with Chris where everything around him was crazy. With Dante, most of the time he was the crazy goof ball just going around enjoying his crazy world. Does that make sense?”

Before you crack open another blockbuster hit, take a moment and imagine the amount of time an effort the actors put into modeling the character(s) that you’re playing with.‚  When asked what his favorite video game is, Reuben said, “Street Fighter 4 rocks! Not just because I’m Ken Master either…though he is my favorite character.”‚  Maybe he’s plugging his next role.

Reuben Langdon, along with motion capture acting, is working on a movie called Avatar, with James Cameron.‚  He also has a small cameo in a new Michael Cera movie called, “Scott Pilgrim vs. The World.”