As promised by Mr. 900 himself, the next installment in the epic Tony Hawk skateboarding franchise was shown off in the wee hours of this May 15.‚  The title is aptly named Tony Hawk Ride and is bundled with a massive skateboard peripheral.

You can watch the GameTrailers TV segment below, but with only a few seconds of in-game action, there isn’t too much to see here.

All we know so far is that the title will ship at some to be determined date on Wii, PS3, and Xbox 360 and will utilize this behemoth of living room accessories.

As a very big fan of the franchise, I am saddened to see Neversoft leave their development post, but am glad the series is taking a ride in a new direction.‚  As long as they pull it off.

What about you?‚  Is this a wise move on the part of Activision?‚  Or will it end up over-the-top expensive and an epic fail? 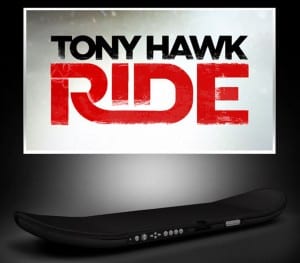