BioWare announced the Trooper as a playable class in the upcoming Star Wars: The Old Republic MMO due out whenever the famed studio damn well pleases.

“The Trooper is an elite combat specialist in the Republic military armed with heavy blaster rifles and nearly impenetrable armor designed by the military’s top engineers.”

These soldiers carry a new generation of heavy blaster weaponry and smoke enemies in close-combat fire-fights.‚  Troopers are most effective in grouped engagements but that is not to say Mr. or Mrs. Trooper can’t handle him or herself without backup.

Keep scrolling down for bea-utiful shots of the Trooper.‚  As always, click to enlarge to full sensory overload. 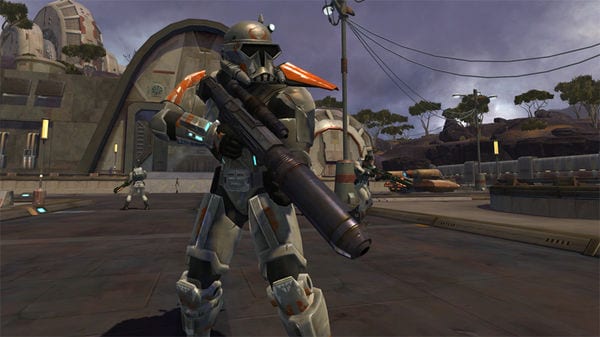 The varied arsenal of the Trooper 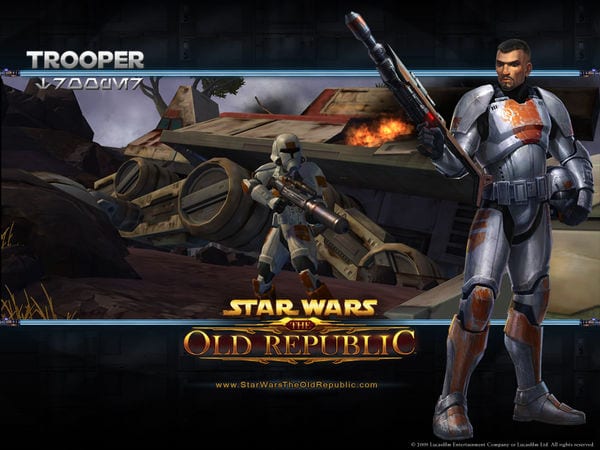 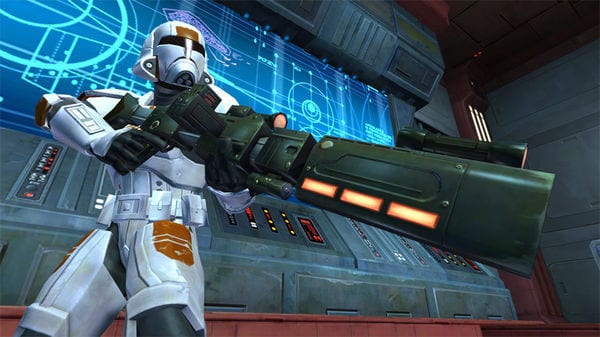 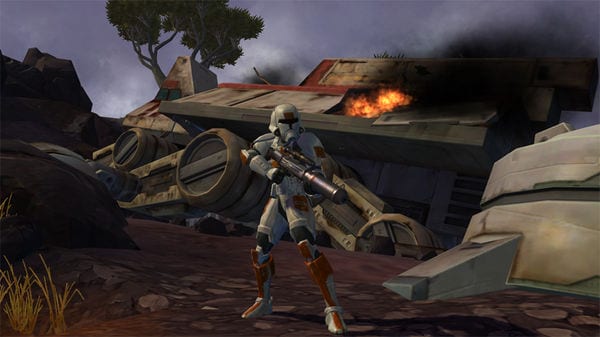