Summit released a “New Moon” promotional photo of the Quileute Wolf Pack today. It is the first photo of the actors Summit has released to be tied with “New Moon.” 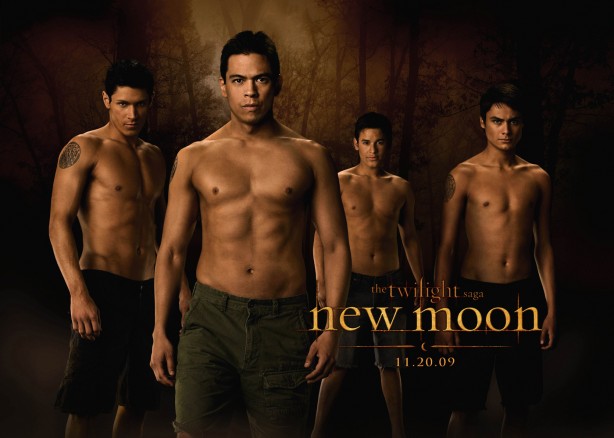 From the left: Alex Meraz as Paul, Chaske Spencer as Sam Uley, Bronson Pelletier as Jared and Kiowa Gordon as Embry Call.

What do you think, Twilight fans? Does the Quileute pack fit your expectations? Comment below!