Via the official Punch-Out!! Twitter page come exclusive shots of a few fighters we already knew about, plus the recently announced Don Flamenco. Disco Kid, a brand new fighter to the series, is in one of the shots, as well as another shot of King Hippo, this time without the manhole cover seen in today’s earlier art work.

I have to say, I love what they did with Don Flamenco. In the original, he was meant to be a ladies’ man, but you can only make that apparent so much in an 8-bit game. Now he is a bit more of a caricature, with overly accentuated hair, a rose on his belt, and a general look that makes him more lover than fighter. Which, in theory, means that Little Mac should be able to put a hurting on him; we can only hope that the physical damage you deal to him is as updated as his pretty boy state.

My favorite thing about Disco Kid so far was that he looks to be dancing in the ring, rather than just stepping side to side. It’s better seen in the video provided below, but you can see what I mean; dude has got rhythm, and Mac will need to get in touch with his inner dancer to match moves with him to take him out.

Check out the pics below, as well as the video, and be sure to subscribe to the Punch-Out!! Twitter page; just follow @WVBABoxing, and you’ll have these exclusive shots the moment they hit. 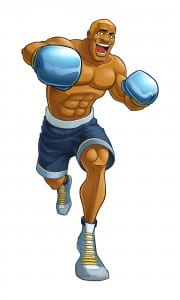 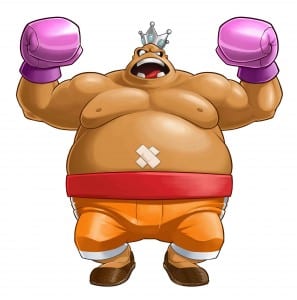 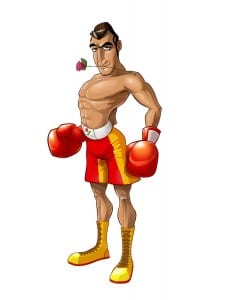