Jd Webb has been on the music scene since childhood, developing talents for piano, guitar and drums, as well as signing and songwriting. He has steadily risen to stardom as a solo artist, and also with his former band Raze. His award-winning music has attracted other artists, such as Michael McDonald, and the attention of the hit soap opera, “Days of Our Lives,” for which he writes music. Now, Webb is signed with Infinite Music group and is set to release his first solo album, aptly named “The Introduction,” this spring. In the midst of a busy NBA All-Star Weekend performance schedule, he took the time to talk with Blast and look back on his career so far.

BLAST: You’re on the brink of releasing your first solo album, which must provoke a lot of reflection on your career up until now. What’s the journey been like?

JD WEBB: Well the journey – it’s like the saying “the best of times, the worst of times” – it’s been amazing playing the shows that I’ve played throughout my career. So there’s been a lot of highs just from the fan reception and doing the whole live show experience. There’s been some scandal associated with my former band, so those were definitely been some low points. It’s been amazing so far, but I’m so excited now, because now I’m in control of my own music destiny and it’s all the songs that I’ve written and produced and arranged. I’m really excited about it. It’s definitely the most authentic of anything people have heard to date. 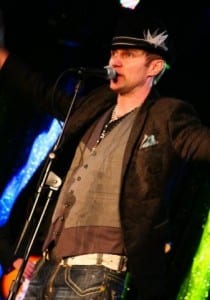 BLAST: It seems like all musicians know they want a life in music from very early on, was that the case with you?

WEBB: Yeah, in fact, I come from a very musical family. Everybody in my family sings and plays instruments, so I did my first concert when I was three years old. My mom and sisters had a group, so everyone summer we would leave Hawaii and get on a bus and my mom and my sisters would go from church to church. At 10 years old I was their drummer and would be their opening act. So I guess it’s been the only option, it’s in our blood, I can’t imagine anything else.

BLAST: As far as I’m aware, you play piano, guitar and drums. Do you have a favorite?

WEBB: Piano is my first love, so I always find myself going back to piano. But I mean, playing drums and growing up taking drum lessons – that helped me in production – but there’s nothing like sitting somewhere, just me and the piano. That to me is the high.

BLAST: Do you have any other musical talents? A hidden passion for the clarinet maybe?

BLAST: Songwriting isn’t a talent every performer can claim, do you think that sets your music apart?

WEBB: Absolutely. Some people say that they’re a singer first or a songwriter first, but I think for me it really goes hand-in-hand. I’ve written music for other artists, I’ve written music for television and film, and I love the artistry and the poetry in songwriting. I think there’s an honestness that really comes through and is conveyed when as an artist you perform your own original material. Nobody can experience what I’ve experienced, so I feel like all-in-all, there’s a lot of stories that only I can tell. It gives it authenticity.

BLAST: This is a little cliche, but do you find that certain experiences give you more the write about?

WEBB: You know, it’s funny, I feel like I’m just like a sponge – I’m always people watching, I’m always kind of looking at the picture on the outside looking in. In LA I like going to the 3rd street promenade and the walk on Venice Beach because there’s so much character and so much personality. I love just getting inside people’s heads and being like, ‘Wow, I wonder what that couple’s story is’ or ‘I wonder what that girl’s story is,’ and then going and expounding on that. Also, there’s a lot of true life experiences – things that have happened to me or things that have happened to my friends that will draw inspiration. I just feel like inspiration is everywhere. I write constantly. 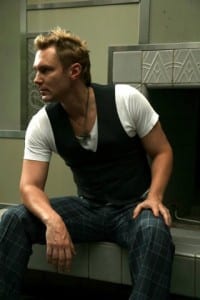 BLAST: Your music spans a few different genres, which isn’t something you see often, where does that come from? Do you have any particular influences, or is it just a passion for all music?

BLAST: Do your experiences with Raze have a big impact on what you do now?

WEBB: You know, I’m sure they do, probably even more subconsciously. I think I’m really careful to watch people and look at what’s going on. Especially on the road, people can get crazy and things can get crazy as I’ve experienced from what happened in my band. I think I’m a lot more attentive.

BLAST: You’ve performed with a lot of other bands and solo artists, do any of them stand out to you?

WEBB: Of course, Michael McDonald. I’ve always been such a fan of his music. Seeing him play, and just the honesty behind his music and the fact that he plays with a full band or it could just be him at the keyboard, whatever he’s doing is amazing. And to see that he’s just as cool of a guy behind the scenes – I think that really stood out to me.

BLAST: What’s it like working as the songwriter for “Days of our Lives”?

WEBB: This week alone there were two songs on the show: one that I wrote and performed and the other that I wrote and one of the characters performed on the show. It’s great, it’s like a whole other world of writing because for me as an artist, I draw from whatever I’m feeling and go from there. This is kind of working backwards, where I’ll get a topic and it’s like, ‘OK the song needs to be about this.’ I think it’s even stretched me more as a writer because to still bring artistry into that and to keep it from being mundane. It’s been really exciting.

BLAST: You give your fans a lot of opportunities for free downloads of your music. In an industry that’s fighting a losing battle against illegal downloading, that definitely sends a message to your fans. What’s your thinking behind this?

WEBB: I feel like the fact that my fans spend time…to tell others about me and to spread the word and get involved, and even coming to shows and listening to the music, and just the excitement – I want to give back and just let them know how much I appreciate it. As they give of themselves, I want to give back. I feel like there’s a ton of music to listen to and the fact that they’ve gravitated to my music and there’s a message their that’s touched them – that in tun touches me, and I just want to let them know that I’ve got mad love for them too.