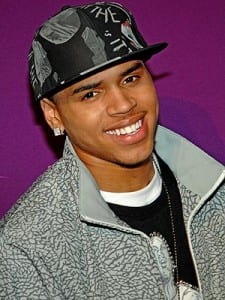 Chris Brown was arrested just before he was slated to perform at the 2009 Grammy Awards last night, according to the Los Angeles Police Department. Brown, a nominee as well, was taken in for questioning regarding an assault on an unidentified woman the night before and for allegedly making a criminal threat, a felony.

Brown, 19, turned himself in to authorities and was briefly held before posting $50,000 bail Sunday night, jail records acquired by the Tribune wire showed.

Brown and his longtime girlfriend Rihanna, who was also nominated and scheduled to perform were both no-shows at the awards.

Rappers and R&B artists getting thrown in the slammer pre-awards show is nothing new. Fellow Grammy performer T.I. was arrested in 2007 just before he was to take the stage at the BET Hip-Hop Awards. Rapper Snoop Dogg was detained because of his lengthy criminal record, missing his hosting gig at the 2007 MTV Australia Music Video Awards.

If this keeps up, hip-hop artists are going to get wise to the fact that the police stage these awards shows just to catch them all in one go. Get out while you still can, guys. Even Admiral Ackbar knows this one’s a trap!