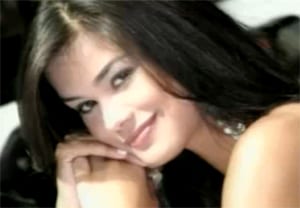 Brazilian beauty queen Mariana Bridi, who spent this past month fighting for her life after a blood infection resulted from an unchecked UTI, died today from the unexpected illness.

In December, the drug-resistant bacteria spread through her body, causing doctors to amputate the 20-year-old’s hands and feet in an attempt to save her life.

“God is comforting our hearts because he wanted her to be with him now,” her father Agnaldo Costa told the Associated Press outside the hospital where his daughter died. “I can’t accept that my daughter left us so soon.”

By the age of 18, Bridi was a finalist in the Brazilian stage of the Miss World pageant. Last year, she placed fourth in the Face of the Universe competition in South Africa and she had won bikini competitions across the globe.

She was initially diagnosed as having kidney stones before being hospitalized on Jan. 3 in septic shock. The bacteria Bridi contracted was called “Pseudomonas aeruginosa,” which mutates easily allowing it to be drug resistant and causes about 10 percent of the roughly two million hospital-acquired infections each year in the U.S., according to health officials quoted by the AP.