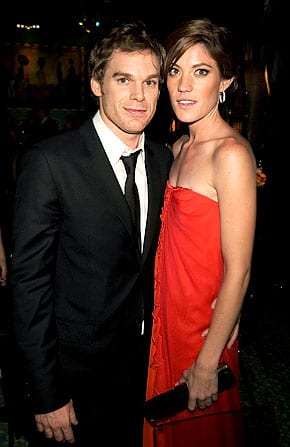 Hall, 37, and Carpenter, 29 — who have been quietly dating for about a year and a half — eloped in California on New Year’s Eve, his rep told The Associated Press.

At their wedding, Carpenter’s grandfather’s wedding band was attached to her bouquet of white roses, according to the AP.

The couple — who just finished the third season of Showtime’s series Dexter — will walk the red carpet together at Sunday’s Golden Globes. It will be the first time that they’ve publicly acknowledged their relationship, according to US Magazine.