Sometimes you can just allow yourself to sit back and enjoy the music.

That’s what Blast got to do for the last few months as we tested out the Paradigm Studio Esprit reference speakers.

The front of the system is essentially the three same speakers: the Esprit L/R and C for center. We paired the front speakers the Paradigm’s Studio ADP-590 surrounds bringing up the rear.

We also tested their Seismic 10 subwoofer.

The speakers have incredible range and sound great in all applications — including CD music, television, video games and DTS audio.

Installation is a worry. Unless you want to dish out $500 more for the left/right stands, you have to mount the speakers to the wall, which ends up being quite a construction feat. 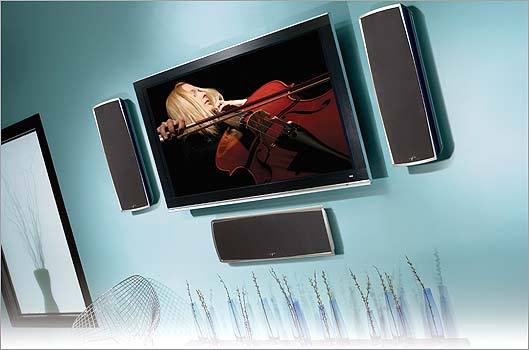 Robert Stanton, co-owner of Connecticut’s Smarthome & Theater Systems and its “head geek” who’s helped me out on several Boston Globe stories, said the system was impressive too.

The most important thing about an audio setup, Stanton said, is that all the speakers are the same brand.

“That’s very important,” he said. “When sound travels across the surround field, you want whatever is whipping by you to sound the same through every speaker.”

We were both most impressed by the Paradigm set.

Pros: It’s the best-sounding system on the list. The front, center, and rear speakers combine to create a realistic surround sound experience, and the subwoofer not only shakes a room but adds deep definition to the package.

Cons: Price is a worry. If you don’t want to drill a half dozen holes in your wall, the stands for the front speaker cost $500 more.

Overall: The Esprit sounds amazing and gets the job done, no matter what you’re using it for.