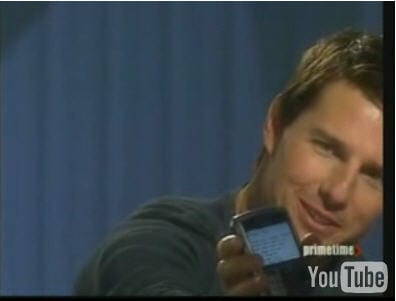 Tom Cruise’s Blackberry has been abducted by aliens.

Or at least, that’s one theory.

The Scientology star’s little black device went missing this afternoon after a taping of Entertainment Tonight Canada in Toronto. Cruise is visiting our neighbors to the north to promote his new‚ World War II thriller,‚ “Valkyrie.” Hollyscoop reports:

After he left the studio, his people called and asked if anyone had found a phone, but no such luck.

Why doesn’t he just use the power of Xenu to summon it? Duh.