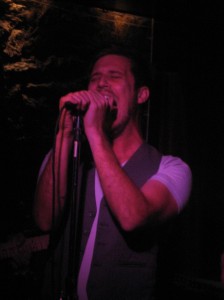 NEW YORK “" Well, the 28th annual CMJ Music Marathon has come to a close … at least for me. The past three days have been a whirlwind, to say the least, and it will be interesting over the next few weeks and months to see which artists come away from the festival riding high aboard the hype machine.

I started my final night off slow with acoustic performances by Juliana Hatfield and New York punk scene veteran Jesse Malin at the Housing Works Bookstore and Cafe in SoHo. Hatfield was promoting her new memoir, “When I Grow Up,” and read passages from the book in between her songs. From what I heard, she’s a pretty good author.

At the last minute, I decided to ditch Totally Michael’s performance at NYU’s Kimmel Center, under the hopeful assumption that he’ll be back in New York soon. Instead, I headed over to National Underground to check out Australian quintet The Satellite Nation. Apparently the group’s pretty big in their native land, because they mentioned several times that the tiny space in which they were playing Thursday took them back to their “punk rock roots.” Unfortunately, once you let the beast out of the cage, it’s often hard to stuff it back in, and their set seemed hampered by the size of the venue. Still, I plan to keep an eye out for their debut album, scheduled to be released early next year. 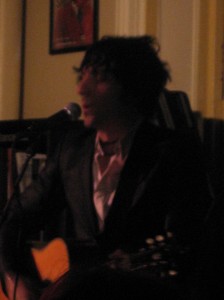 Last but not least was Scouting for Girls at the Bowery Ballroom. They’re a London quartet whose sound is tailor-made for Top of the Pops, but unfortunately I really can’t see them having as much success here as they’ve had in England. They seem like a great group of guys, however, genuinely thrilled to be playing in New York. And any musician who says “Cor, blimey” on stage gets a thumbs-up in my book. Also, kudos to whatever person or organization decided to set up the gaming stations (Guitar Hero!) in the downstairs bar area.

So that’s it. My first foray into CMJ Week has come to a close, and I’m disappointed to be missing out on acts over the next two days including Land of Talk, Broken Social Scene and The Killers.