Check these out, five of the coolest concept cars of 2008 and 2009.‚  From a post-nuclear three-wheeled pod to a web-surfing globe, you won’t find anything cooler on the road. 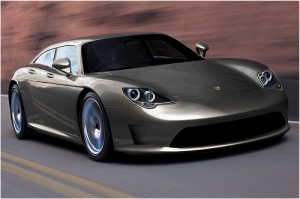 The Porsche Panamera is one of my favorite concept cars this year; and I don’t even like Porsches all that much.‚  The Panamera is a four-door, four-seat powerhouse built in both V6 and V8 models and possibly a V10 if demand is high.‚  They haven’t debuted the car at any auto shows yet, but they have released a photo, the car on the road in classic Porsche silver.‚  The Panamera will debut at the 2009 motor show in Geneva and is expected to be strong competition against the BMW and Aston Martin.‚  Get that petition around for the V10. 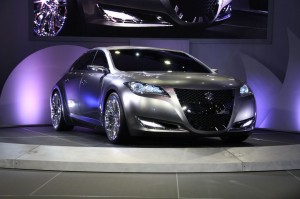 This one looks like something straight out of I, Robot.‚  The Suzuki Kizashi 3 hasn’t been formally introduced to the public yet, but a few details are known.‚  It’s a 300-horsepower DOCH V6.‚  Judging by the build it’s seriously, seriously aerodynamic.‚  This is the first sport sedan in Suzuki’s line of Kizashis, the previous two were a wagon and a CUV.‚  This car is one that will inspire an actual release by Suzuki, they hope to release a sport sedan based on this Kizashi by 2010.

Another Suzuki.‚  I know it’s weird to have two Suzuki’s on this kind of list, but trust me on this.‚  The Suzuki Pixy is a three-wheeled pod built for use by a single person.‚  It’s meant to be used not on the roads, but on sidewalks and walkways, since its production is aimed for a time when our atmosphere is either toxic or post-nuclear.‚  Nice to know Suzuki is planning for that. Up to two pods can fit into what is referred to as the SSC (Suzuki Shared Coach).‚  The coach acts as a transporter (or car) and can travel much faster than the pods, so it is suitable for road use.‚  The pods are completely sealed and airtight. 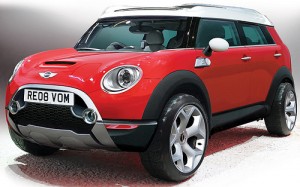 The Mini SUV is nothing new on the outside.‚  It just looks like a bigger, better Mini.‚  The real wonder is the interior.‚  A built-in rail with an attachable tray allows passengers to pass objects from the front seat to the rear.‚  The best part of the car however is the Center Globe.‚  The globe sits on the dashboard between the driver and passenger, functioning as a navigation, speedometer and entertainment console.‚  While the driver is searching for directions on his/her side of the touch-sensitive globe, the passenger can surf the web.‚  Instead of using a key to ignite the engine, the driver places a Keyball into the upper edge of the globe, which then rolls down to start the car.‚  Remind you of Minority Report?‚  Production will most likely begin in 2010. 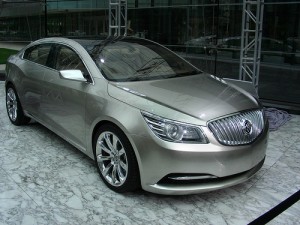 Buick Invicta, the most beautiful Buick ever built.‚  The name Invicta has been out of commission since 1959, and this concept is the perfect model with which to bring it back.‚  The car’s slick design leaves little to be desired, its sleek silver contour is like that of BMW’s GINA concept, the shape-shifting cloth car.‚  The 250-horsepower Invicta will inspire the design of the new Buick LaCrosse; so many consumers should be excited.‚  Buick takes a bold move here, straying away from its usual design to try to appeal to more auto consumers in China and the United States.‚  If the new LaCrosse looks anything like the Invicta, they should succeed.