You have to admire the spirit, but a plain white piece of paper with a bunch of Xbox references typed and scribbled on it just hasn’t passed the muster of some of the Internet gaming journalists out there. 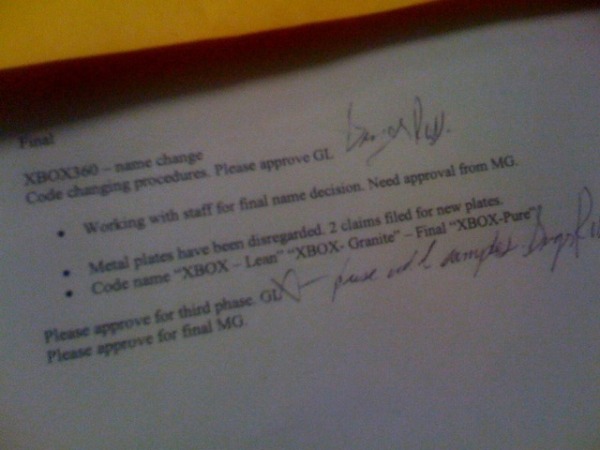 Cheap Ass Gamer forums, quoting a “reliable source” posted a photograph of a letter‚ detailing some Xbox 360 name changes — Xbox Lean, Xbox Granite and Xbox Pure. The sourcing seems to claim the Lean will be a slimmed down Xbox 360 while the Pure may be the next generation console all-together.

It probably doesn’t mean that.

HEXUS believes that these could be codenames for the 65nm unified-chip Valhalla Xboxen due for the end of the year, and Engadget agrees.

“[That] may actually be feasible, but implications that the Pure could be a full-on sequel to the 360 seem preposterous at best,” wrote Engadget’s Paul Miller.