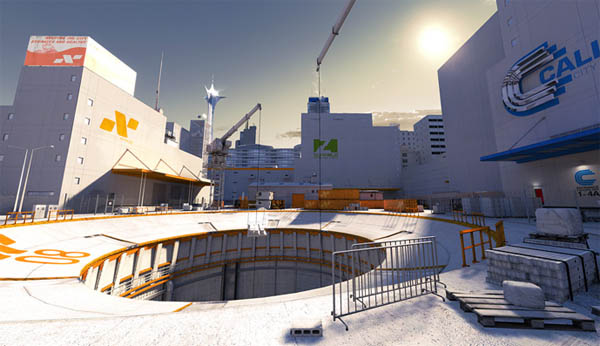 Mirror’s Edge was one of the best looking games demoed at E3 and Leipzig this year.

“In a city where information is heavily monitored, agile couriers called runners transport sensitive data way from prying eyes. In this seemingly utopian paradise, a crime has been committed, your sister has been framed and now you are being hunted.”

This fast-paced action-adventure game is coming to the Xbox 360 and PlayStation 3 November 11 and the PC later this winter, Electronic Arts’ DICE studio confirmed this week.

The console demo will be available via Xbox LIVE Marketplace and PLAYSTATION Store. The demo will feature the prologue of the game including the tutorial and a segment of the single-player story mode.

Starting September 26, players who pre-order Mirror’s Edge at selected retailers will get an exclusive code that unlocks the Time Trial mode in the demo. This mode challenges players to find the fastest route across the rooftops and through the streets. Players can upload their best time to the Mirror’s Edge leaderboards for their friends to download and compete against. Players can see their friend’s ‘ghost’ run as they race their way through the course to the top of the leaderboards, DICE said.

Check out the game’s official website for more, including videos and screens.