FIFA Street 3 is another arcade sport game aimed at cheap thrills with a host of characters doing unreal acrobatics while playing their sport.

The odd thing about this is it actually turns out to be a lot of fun. Street 3 creates a new world combining the biggest stars from real world soccer and mixing them with unique venues around the world. Add in some pulsating techno music and you have a sense that this game is not something of this world.

The game has an impressive cast with over 250 of the world’s best players from 18 of the top international teams. Each player has been rendered into a stylized body form loosely based on his actual physical attributes. This stylization helps further the arcade experience, but more importantly helps streamline gameplay as a players body type is usually indicative of their style of play.

There are four styles of play that a character can be. Tricksters are known for their ball handling ability. Enforcers are defense oriented. Playmakers have good awareness and are easily able to set up their teammates to score a goal. Finishers have a high ability to shoot and can score easily from mid court.

The graphics engine delivers beautiful visuals and special effects. FIFA Street 3 delivers a multitude of animations and ball control that lets you take complete control over the ball in a very intuitive manner. The analog control sticks allow you to seamlessly control the ball and passing and shooting is extremely easy.

The learning curve is very slight and the intuitive controls allow for hundreds of different ways to handle the ball, shoot, juggle, etc. The final feature, which is new to the series, is the Game Breaker that allows you to power your ultimate abilities and give you a competitive edge when needed.

The only downside is that it gets old, fast. It’s fun to play with friends, but when going solo the unchallenging AI and repetitive game modes don’t have much to offer. I recommend trying out this game, but be wary of its replayability. 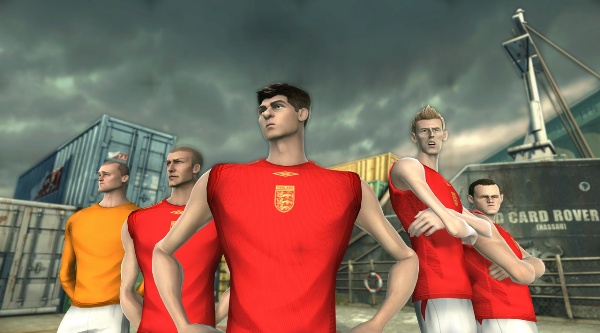