Capcom announced Thursday that the US PlayStation 3 demo for the upcoming game, Lost Planet: Extreme Condition, is available for download from the PlayStation Store.

The multiplayer demo features a single multiplayer map called Pirate Fortress and support for 8 players (the full game will support up to 16 players).

The retail version of Lost Planet for the PS3 will have four multiplayer modes altogether, including the two from the demo, plus Post Grab and Fugitive.

Xbox 360 and PC versions of the game were released in January.

Lost Planet will be in stores February 26! 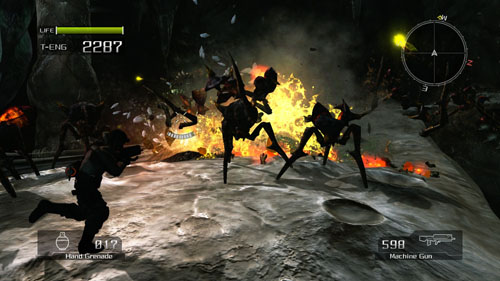