“Put into operation between January and June of this year, all three data centers were built using breakthrough designs and next-generation energy efficient systems, power and cooling,” the statement said “Sun estimates that the company’s data center efforts will save the planet nearly 4,100 tons of CO2 per year and trim 1% from Sun’s total carbon footprint.”

The 76,000 square foot Santa Clara center is the largest of the three. The efficient data center greatly reduced power consumption while actually increasing the computing power there.

“There are many projects, big and small, that businesses can begin today to make a difference,” said Dave Douglas, Vice President of Eco Responsibility for Sun Microsystems. “It doesn’t have to be complicated and the ROI can be larger than you’d imagine,”

The push for efficiently led Sun to reduce its 267,000 square feet of data center space worldwide into approximately 133,000.

“New standards in data center design and management are not only good for the environment, but they are also good for a company’s bottom line,” said Bob Worrall, Sun’s CIO “Most CIOs don’t even see an energy bill, which makes little sense given that data centers can consume a significant portion of a company’s total energy draw.”

In the Sun Eco Innovation line, the Sun Fire/Sparc Enterprise T1000/T2000 server is three to five times more energy efficient than its nearest competitor, Sun says. The new data centers run Solaris on T1000/T2000 servers as well as x64 servers. For more info and even more pictures, take a look at this. 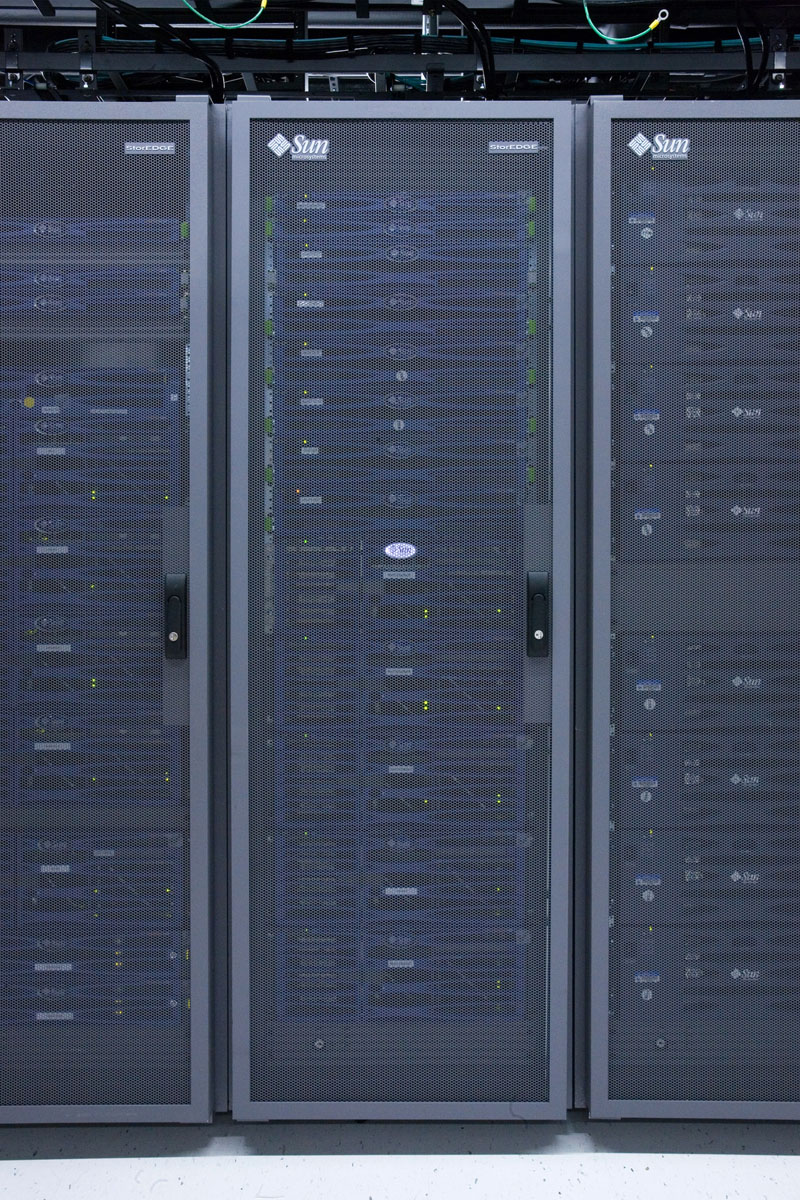